I served in Vietnam early on as an enlisted Marine…a volunteer, not a Like father like son st. louis cardinals shirt. I did 4 years in the Marines, was wounded, medivaced, finished my enlistment and headed off to college on the G.I. Bill, starting in 1967, the height of the Anti-War movement. My plan was to finish my undergraduate degree and reenter the Corps as a career officer. (I ended up retiring 22+ years later as a lieutenant colonel.) I, of course, as a combat vet, had a case of what was later called PTSD. One Saturday night in my freshman year at a friend’s off-campus apartment at a party, some long-haired guy said “You were a Marine…did you serve in Vietnam?” I told him that I had, and he called me a “baby-killer”. I punched him so hard his head went through the sheetrock wall…only on one side, not into the next apartment. 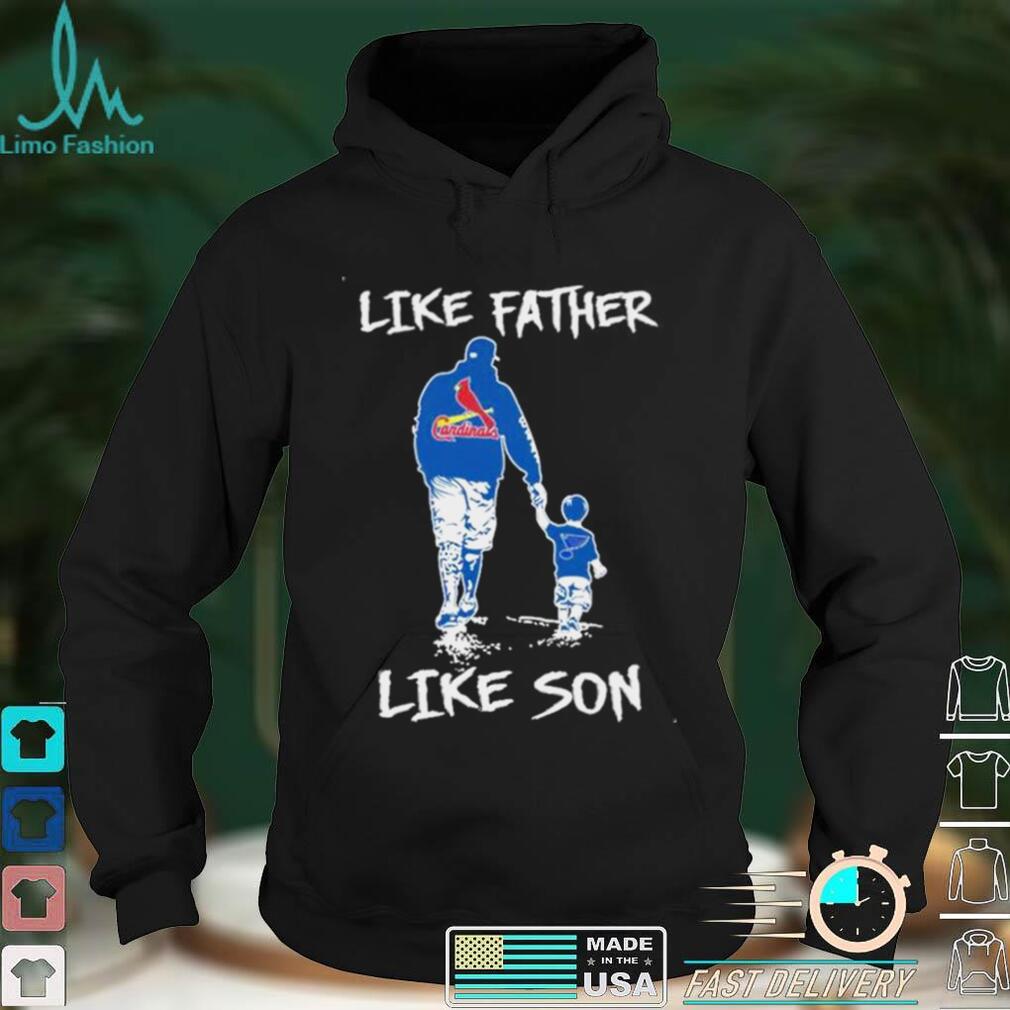