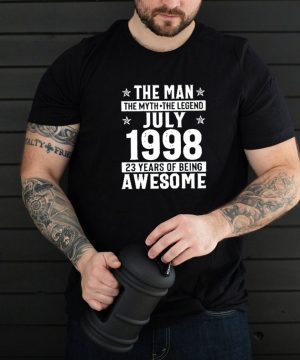 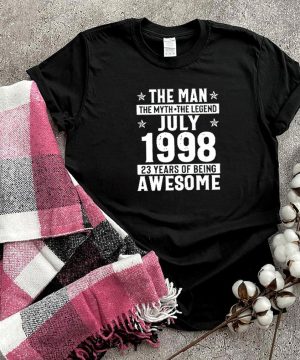 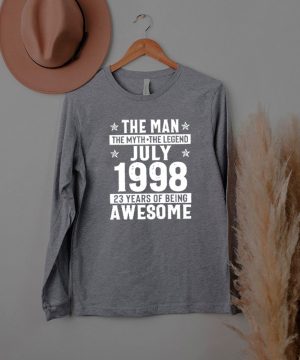 I like The man the myth the legends july 1998 23 years of being awesome shirt  on from Maalouf, especially given our recent performance on ST.
Keeping the focus on that space, who do you see taking over PR and KR roles? Osborn can’t do it, and Hughes doesn’t seem healthy enough to do PR.I honestly haven’t given it much thought. I’m not totally convinced it’s time to give up on Osborn yet. My theory is that coaching has more to do with our ST failures than talent (aside from long snapping). Maybe we bring back Abdullah on a cheap deal. I know the FO likes Alexander Hollins. But maybe we just sign a UDFA too

Anthony lynn has never called plays before. Also Saleh is coming to LA. Chicago might as well just hire Chuck Pagano. Edit- linehan calling plays in Houston for Watson? There was a reason he was fired by Dallas for kellen Moore.I respect the effort that it takes to do something like this, but the Jets both resigning Poole and signing Hilton makes no sense. There is also no way in hell the Jets open up the wallet for a RB after the Bell disaster (and tbh if Douglas was here for FA it never even would’ve happenedI really thought this year would be the year people stopped mocking QB’s to the Raiders…I guess you waiting to the second round so that’s good.Good job, I know this takes a ton of effort. I can see the Raiders cutting Trent Brown and keeping Incognito (assuming he doesn’t retire)…Brown isa monster when he’s healthy but he’s not ever healthy. We’re paying him too much to sit in the trainers room.