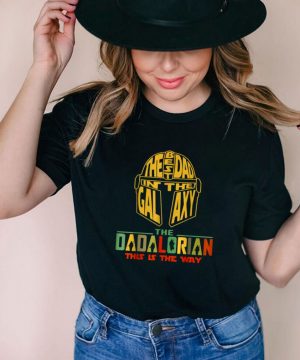 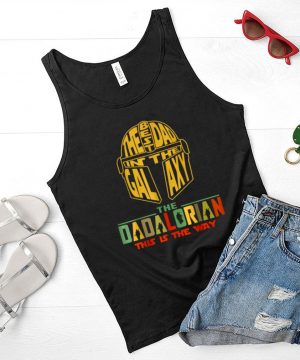 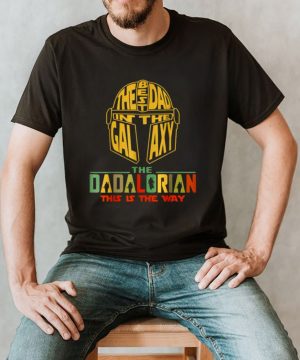 The inaugural Big XII Uniform Tracker Team of the Year, Texas Tech looked pretty good again in 2016. I think it’s kinda funny that TTU used The Best Dad Of Galaxy The Dadalorian This Is The WayT Shirt  known for really wild uniform shenanigans (especially before, say, 2012 when everyone in the country started wearing alternates), but these days they’re pretty tame, all things considered. They’ll wear all-black multiple times a year, pull out Black/White/Black at least once, wear red jerseys at least a couple times, and then piss off the fans by wearing a random grey uniform part at some point.TTU’s another team I could see making changes for next season. The current set has been in use for four years now, and at a school that historically enjoys pushing the envelope, you’d have to imagine that it’s time for Under Armour to get their hands on a new set. Overall, I’ve enjoyed this set, and I hope the presumed new one is as successful.

Last season, I did a The Best Dad Of Galaxy The Dadalorian This Is The WayT Shirt  post so I could (in part) crown Texas Tech as 2015 Team of the Year. I figured instead that I should do it in this post.So, ladies and Gentlemen, West Virginia is your 2016 Big XII Uniform Tracker Team of the Year.They started with an initially questionable but ultimately super dope White/Gold/White combo against Missouri featuring helmets that celebrated 125 years of Mountaineer football and never looked back. Highlights included Navy/Navy/Gold against Youngstown State, Navy/White/Gold against Oklahoma State, and White/Navy/Navy against Kansas. Even the weird Gold/Gold/Navy against Kansas State was fascinating to watch. This was, from top to bottom, a fantastic uniforms year for WVU, and I’m extremely excited to see what they wear against the similarly fabulous Miami Hurricanes in the Russell Athletic Bowl.