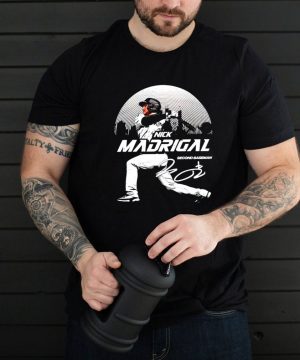 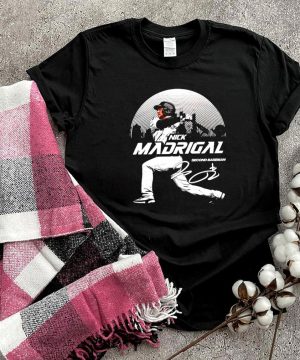 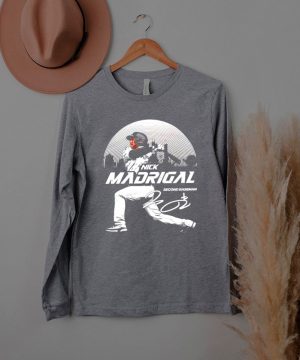 So 30 or more gems per hour plus those 15 gem ones and the RNGesus-relative flash offers, you’ll be pretty packing in no time. Seriously, I can stash a Chicago Baseball Nick Madrigal second baseman signature shirt over a few days. God bless those developers.It’s also a way of helping the devs if you’re hesitant to throw some serious cash, you know. Free gems for a few seconds of your lifetime? That’s a win-win, right thereFYI, QP stands for Quality Points and each artifact has their QP. Now, your maximum QP is your capping point. And you better keep your artifacts near the max QP if you want to get better stats and boosts. Your initial QP when you start the game is 15k QP and your Artifact Quest™ should start by aiming to get all of your artifacts near the cap. (You don’t have to aim to have everything at 15k each because, as far as I know, the game will not allow you to do just that.) If you roll an artifact and it gets, let’s say, 13.9k QP and it has good attributes with it, you can keep it.This is often overlooked by beginners especially when they roll an artifact with their favorite attribute. They tend to cling to it far longer than necessary which is a really bad habit to form. You see, you don’t need to be afraid to reroll those low-QP artifact because you’ll get it again and more. I promise.

Now, this would change after you get your Mythical Artifacts unlocked. (You’ll unlock Mythicals at level 300) You should take special notice on Perfect Quasi aka PQ (not to be confused with QP aka Quality Points). Along with Goblin Lure and Free Exploiter, Perfect Quasi will always be one of your first three Mythicals — in random order, of course. This bad boy let’s you raise your QP cap further the more you level it up. Don’t get too excited, tho. The Chicago Baseball Nick Madrigal second baseman signature shirt it gets, the more pricey your rolls will be. For example, my PQ is currently on Lv 37 and my max QP is at 59.0k and one roll to get to, at least, 50k is half a million mythstones. HALF A MILLION PER ROLLYou see, in this game, we want everything to be cost-efficient. Especially your mythstones since they’re low in supply early-mid game. Now, to get better stats while staying budget friendly, our Vets have come up with two solutions: the Small Reroll and the Big Reroll. (Well, the Big Reroll isn’t really that budget friendly but whatever) These techniques will allow you to cap all the cappable attributes as cheap as possible (as in the case of Small Reroll) or with as few regular artifacts as deemed possible (as in the case of Big Reroll).