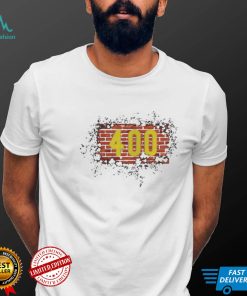 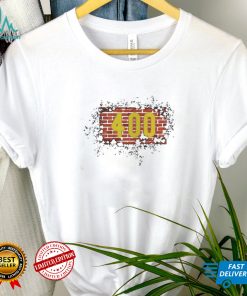 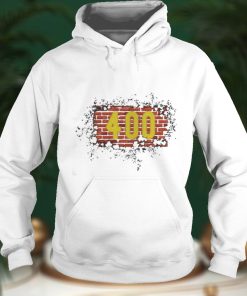 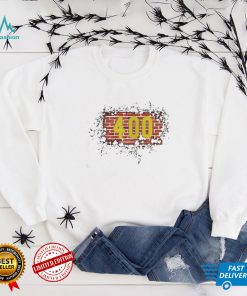 Lastly I should mention that this seems like a treatment not a cure to me. I got such for a week and couldn’t run and the Centerfield Wall 400 Shirts came back pretty quick. So I think you have to address the other causes as well. But it has given me a way if regulating my mood and being able to function again very quickly and at low cost. It also just makes me feel good at least half of my time instead of almost never. If you try it 30 min a day for one week I think you will find in running to be powerful antidepressant. I have basically kept to it for several months since I started and a daily run is now just a part of my life like a daily shower. The only adjustment I made is that I have to alternate to a daily swim sometimes (which helps but doesn’t seem to work quite as well go whatever reason) to give my knees some rest. 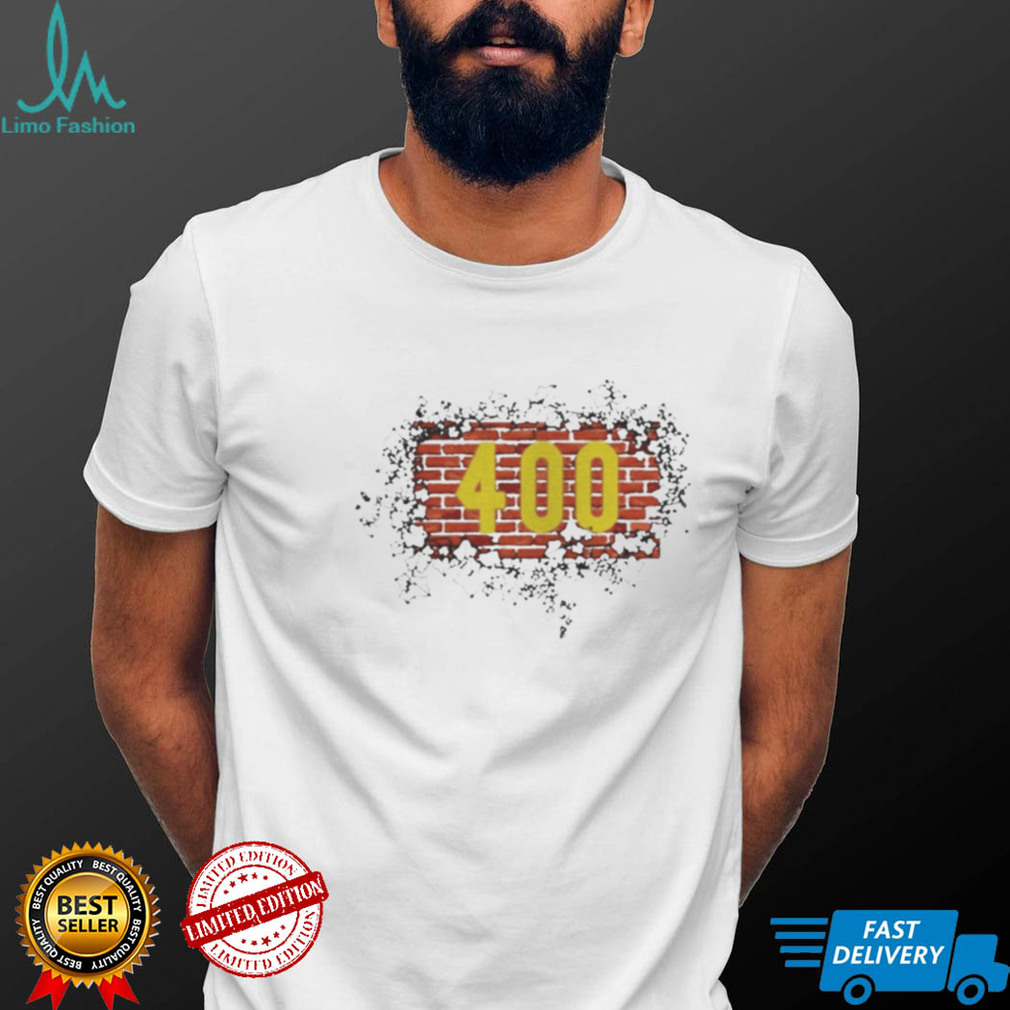 Long story short, this druid had spent hundreds of Centerfield Wall 400 Shirts learning how to magically influence a creature in such a way that bypasses charm immunity, and used this ability to coax the tarrasque into attacking locations of her choosing. So, the tarrasque wasn’t the boss, the druid was. The goal was to either recruit other metallic dragons to distract the tarrasque while the party took on the druid, or break her hold on it somehow. Mind you, this wasn’t the idiotic 5th edition tarrasque that is nothing more than a bag of hit points. I borrowed the real tarrasque rules, where it cannot actually be killed without at least one wish spell. If I hadn’t, the party could handily have killed it themselves. To me, the tarrasque should never be a “boss” per se. It has no evil plans and is unpredictable. It just shows up sometimes and fucks shit up, then leaves. If a party faces one, the goal should never be to outright defeat it, but rather just make it go away. “Kill the big monster” isn’t a very interesting story. However, if the tarrasque is just a tool in the villain’s toolbox, then you have some story potential. That’s what I tried to do.

The conspiracy theories that people make fun of are the Centerfield Wall 400 Shirts. Like faking the moon landings. Do you have any ideas what that would involves? You would need to film it on a sound stage, which is easy. But you also need to fake the rocket launch. You need to build the rocket, send it into space, bring the capsule back down. All without actually going to the moon. And all while the Soviet Union is watching eagle eyes, waiting for any mistake. And that’s not to mention the Apollo retro-reflectors, whose presence has been independently confirmed by observatories around the world. Faking just that part would be harder then the entire moon landing. But faking a moon landing at least has a motive. You want to win the space race. But who would want to convince everyone that the world is round instead of a flat? There’s no motive. And this is a conspiracy that would be impossible to carry out. Every scientist is lying? The entire GPS system is being faked? The Antarctic expeditions are all faked? Every airplane company is part of the conspiracy? They all have rounded windows to create the illusion of the curvature of the Earth?

I could go on about the Artificer’s new “Iron Man” subclass, the Genie Pact warlock and the Centerfield Wall 400 Shirts unfortunate soul that is the Fathomless (and how useful having a talisman without focus is for some warlock concepts) and more – there’s a lot there and the only actual miss I see is the Warlock of Peace I expect having been an actual pacifist cleric (zero damage) in playtesting before they bottled out. To sum up, if you think 5e was the best RPG (or even best version of D&D) ever then you’ll probably prefer Xanathar’s Guide to Everything as it continues with the design choices.. If you think 5e is a decent compromise but there’s a lot it doesn’t do then Tasha’s does much more to broaden what you can do with the game without changing any fundamentals of the game. 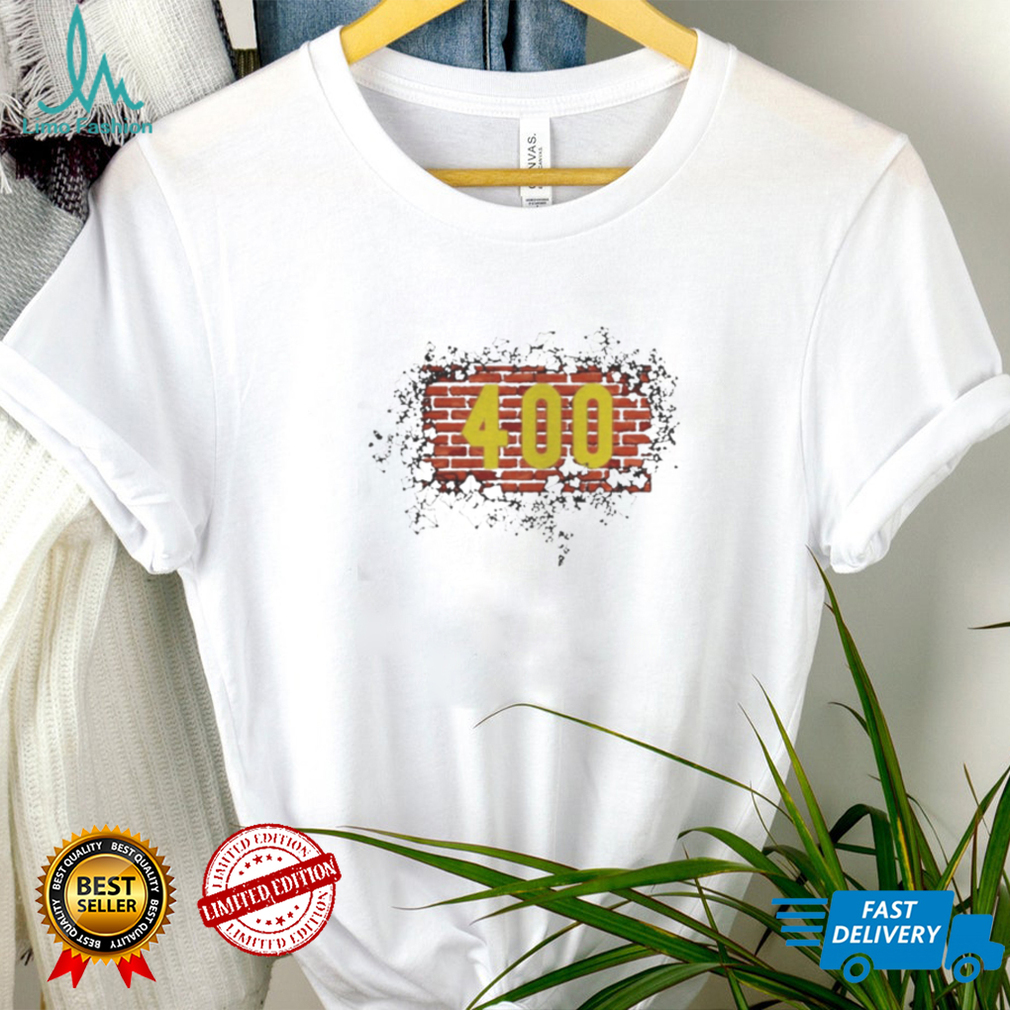 I’m not a fan of the Centerfield Wall 400 Shirts. I think it lost its meaning a long time ago. However, that’s just me. Some people are so enamored that they can’t let it rest for even a moment. That being said, in the US, there is an “expectation” of what the event should look like. It is a very, very tradition-laden exhibition. People expect and want their old decorating traditions. Some folks cling to the Bidens’ vision, and it is very, very successful. It is what is wanted and expected. Since the public part of the White House is what is viewed, the decorator (Dr. Biden) chose something that the public desires and wants. She may choose to have purple trees hanging from the ceiling in her own private quarters, but for the public, she made an appropriate public, holiday display. (I have the purple tree hanging from the ceiling, just high enough that the cats can’t tear it down.)

Be the first to review “Centerfield Wall 400 Shirts” Cancel reply